Have you ever had a belief that you could accomplish something that no one else thought was possible? Did you make it happen? What made it possible?

My guess is that if you believed you could do something and you believed it in the bottom of your heart, you made it happen.  And it may not have even been as difficult as you thought it could or would be.

Let me give you an example. I graduated from a small, but prestigious liberal arts college with a degree in art history. I had originally thought I wanted to be in the art auction business (I worked at Sotheby’s in NYC during the summers and loved it). When I was interning in NY, I met someone who worked at Ogilvy and as she described her job and career path in advertising, I fell in love. I knew this is what I wanted to do.

I went home and told my parents that I wanted to move to NY after graduation and go into advertising. At the time, my dad owned an ad agency in Toledo Ohio, and they practically laughed at me. My dad said “how do you think you can make that happen? You have no experience whatsoever.” I basically said, I can do it. And you know what, I knew I could and I did. My belief in this possibility was so strong….but there was more to it than just my belief alone.

Fast forward, I moved to NY. My graduation gift was a month’s rent from my parents. If I didn’t have an advertising job by then, I would have to make ends meet some other way. I wrote letters, I hand delivered them, I called people who could help introduce me to people and I worked it. And it worked. I got 2 offers and I started my career in the DDB’s account management training program in Manhattan.

Why do I tell this story? It is an example of the power of our beliefs. If we truly believe we can accomplish something, we can. It won’t happen just because of our belief though. I had to do the work. But if I hadn’t believed, I would never have even tried.

Our beliefs shape what we can and cannot accomplish. As Henry Ford once said:

And as Ralph Waldo Emerson said:

“Nothing great was ever achieved without enthusiasm.

After 35 years in the agency world, I now coach a fair amount of people in the advertising industry. They are people who want to grow in their careers and specifically in their skills as leaders. My role as their coach, is not to change who they are, but rather to help them see who they can become. The best clients are those that are open to seeing themselves in a new light and even more importantly, open to building new “muscles” and practicing new behaviors.  For them to be successful, it takes them believing that this is possible and in wanting to create change for themselves.

“It ‘s important to emphasize that building one’s emotional intelligence cannot – will not – happen without sincere desire and concerted effort.”

So bottom line, yes you will have to work to make your beliefs come true, but if you don’t start with the belief that what you want is possible, you won’t ever achieve it. A great coach can only help facilitate this improvement. It takes you believing that it is possible.

To learn more about how improving your Emotional Intelligence can help you become a better leader and how coaching with bloom works, please send me a note: Kristin@bloommentoring.com. You can also sign up for the bloom newsletter at www.bloommentoring.com

Previous Post: « What do you do when you’re running on empty?
Next Post: This thing called EI and why it’s important. »

Come grow with me.

If you spend your days in an advertising agency, subscribe to the bloom newsletter for tips, ideas and inspiration on leadership, career planning and more. 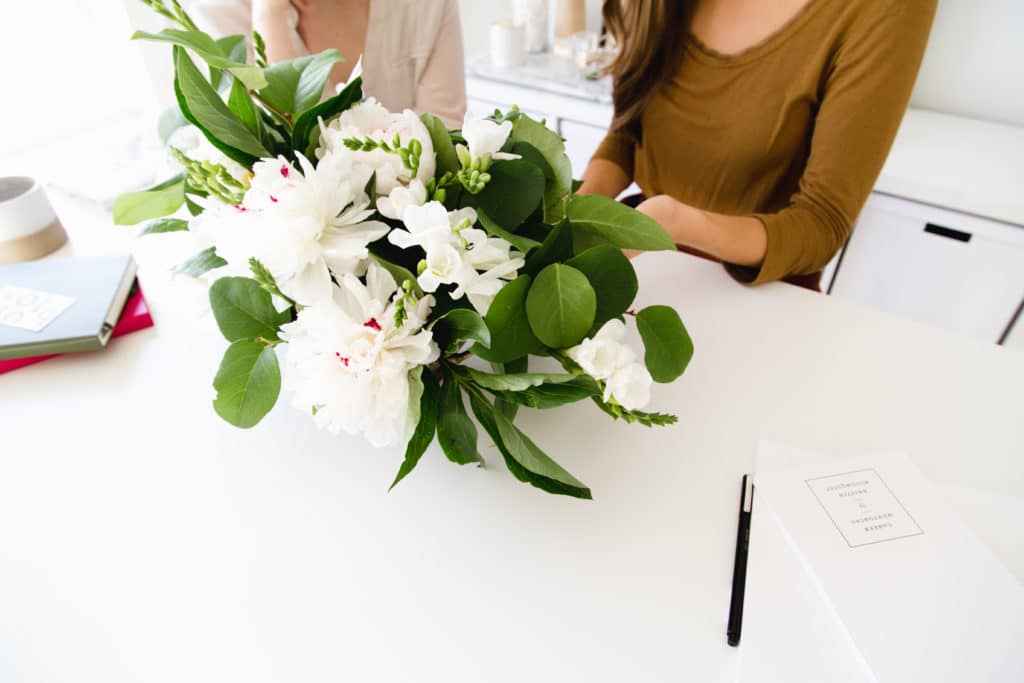 bloom helps people grow, via one-on-one mentoring, in an industry where people are what make the difference.